Friday November 16th:
On Friday November 16th, the twelfth day of their renewed strike and the third day of their general protests in Shush, the Haft Tappeh Sugar Cane Company workers demanded that the Iranian regime expropriates the company and ends private sector ownership of Haft Tappeh. The workers have declared that they are ready to run the company through their own council. 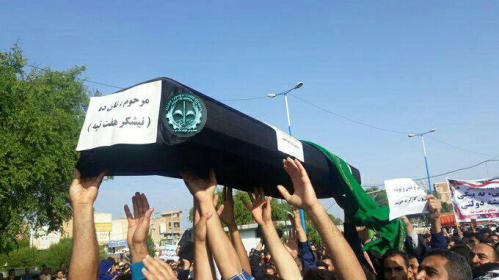 The workers carried a coffin – representing the demise of Haft Tappeh – through the streets of Shush. As a number of Haft Tappeh’s shareholders and managers have been exposed as currency fraudsters, the workers chanted slogans like “One less fraud and our problems will be solved.”

The Haft Tappeh workers also have many bread-and-butter issues like unpaid wages. When they gate-crashed Shush’s Friday prayers they disrupted proceedings by chanting slogans about being hungry. 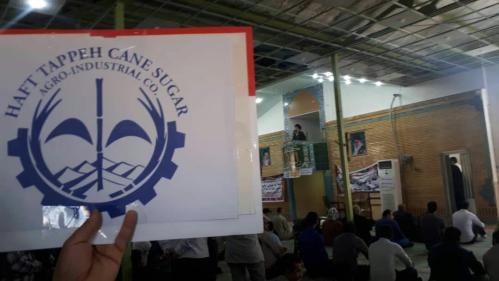 The Iranian regime had deployed Basiji and special units to intimidate and suppress the workers. So they subverted a well-known regime slogan to mock the security forces: “So many troops have come, for the love of workers they’ve come.” 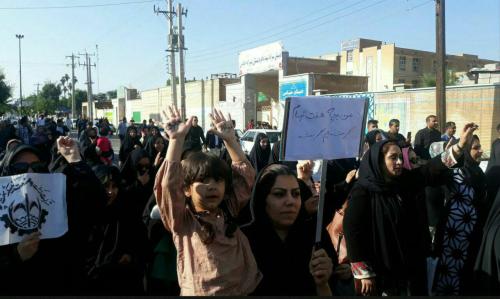 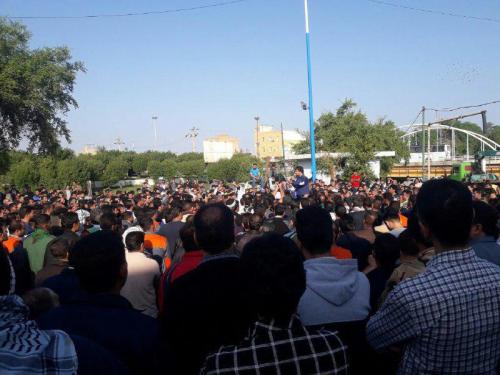 At the same time hundreds of striking National Steel Industrial Group (INSIG) steelworkers protested in the streets of Ahvaz. Workers in both cities chanted solidarity slogans in support of each other.

This entry was posted in Workers' struggles. Bookmark the permalink.