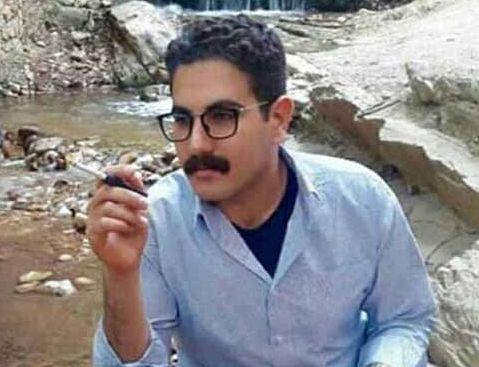 Mohammad Davari, a 26-years-old political and labour activist, was arrested by agents of the Intelligence Ministry on October 2nd.

Mr Davari’s family had no knowledge of his arrest and whereabouts until he was allowed a phone call six days after his of detention – just to tell them that was in custody.

Mohammad Davari, a political science student from Dehdasht in south-west Iran, was arrested in Shiraz. This is the sixth or seventh time that he has been arrested. During his July 2018 arrest he was beaten severely until he was coughing up blood. He was accused of “propaganda against the system” and “acting against national security by disturbing public opinion.”

Before that he was arrested for taking part in the 2017-18 protests against inflation and the cost of living; pulling down a banner commemorating Hashemi Rafsanjani following his death in January 2017; publishing articles criticising the cost of living in Dehdasht and Yasuj county; exposing the role of the pasdaran in the Tehran-Yasuj plane crash and so on.

As the pressure of US sanctions and the resulting economic hardship have sparked many strikes and protests, the Iranian regime is resorting to more severe methods of clamping down on dissent and protests – often accusing workers and activists of endangering “national security” and similar crimes.

The Shahrokh Zamani Action Campaign strongly condemns the arrest and maltreatment of all workers and political activists and calls on all trade unionists, socialists and human rights activists to support the struggles of Iranian workers and other social movements to gain their just rights.

Source: HRANA and activists in Iran

This entry was posted in Campaign, Political prisoners. Bookmark the permalink.