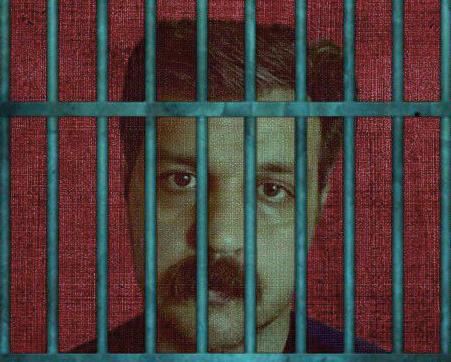 At 19:00 on Sunday February 18th Reza Shahabi, a member of the Executive Committee of the Trade Union of the Tehran and Suburbs Vahed Bus Company, had to return to Evin Prison at the end of his medical leave. Even though he is severely ill, having had two strokes while in prison, Mr Shahabi’s medical leave was not extended.

The Shahrokh Zamani Action Campaign condemns the continued mistreatment of Reza Shahabi and other jailed labour activists. As the Vahed workers said earlier in February: “A worker’s place is not in jail. Free Shahabi.” Reza Shahabi’s place is with his fellow workers and his family.

See also: Reza Shahabi released on medical leave for five days
Reza Shahabi: back in jail!
Demonstration outside the Majles in support of Reza Shahabi
Vahed Drivers’ Peaceful Protest For Reza Shahabi’s Release
Reza Shahabi on the 50th day of his hunger strike

This entry was posted in Political prisoners, Workers' struggles. Bookmark the permalink.